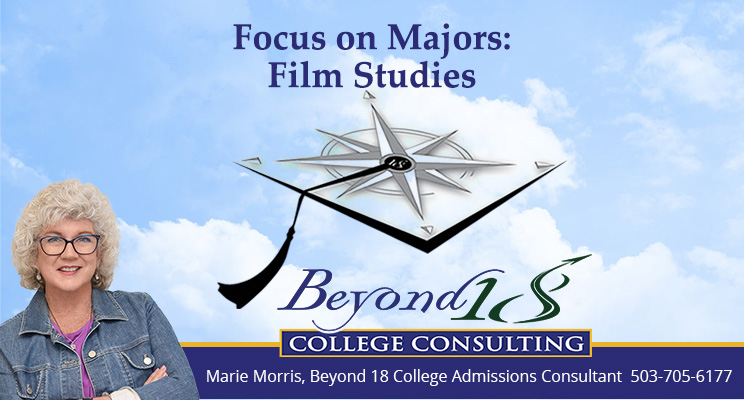 If you aspire to expose the world’s ills through documentaries, have visions of fame, fortune and financial reward, or simply long to get paid for watching movies, Film Studies may be the major of your dreams. Among the most popular and competitive of college majors, film isn’t just for those wanting to follow in the footsteps of Meryl Streep, Steven Spielberg, or critic Pauline Kael.

Programs in Film, sometimes called Media Studies or Cinema Studies, vary widely, and may or may not include instruction in film production. Some are theoretical in nature, appealing to students considering careers in entertainment journalism and film criticism. Pitzer College’s program is “not oriented toward traditional narrative film or television, or toward commercial models of new media; rather, this major stresses independent narrative forms, documentary, video and digital art and community-based media practice…”.

Other programs focus almost entirely on the technical aspects of film and other visual media. Columbia College of Chicago, which specializes in media education, has a more “artsy” approach and offers concentrations in Animation, Post-Production, and Sound. NYU’s Tisch School of the Arts requires students to incorporate courses in film history and criticism, film production and script writing to obtain their degrees. Alternatively, Chapman University’s Dodge College requires applicants to select from among degree options including both BA and BFA programs in such specialized areas as film studies, film production, digital arts, producing, screen writing, acting, and television and broadcast journalism.

Because film programs vary tremendously, carefully doing your research becomes even more important. Before looking at colleges, think about which aspects of film your educationinterest you and how you’d like to us. Once you understand your motivation, you’ll be ready to look at what’s out there.

Film curricula include courses such as The History of Film, Music for Film & Television, The Documentary, Introduction to Animation, Television Production, Cinematography, Set Design, Special Effects, Makeup, Introduction to Editing, Film Marketing, and Legal Aspects of the Entertainment Industry. Classes in specific genres might include Silent Film Classics, Film Noir, and The Films of Woody Allen.

Jobs in the entertainment industry will continue to be fiercely competitive, as growth will be slower than average over the next seven to ten years. However, if you’re truly interested in studying film, take heart. In a New York Times article, Loyola Marymount’s former dean of the School of Film and Television, Stephen Ujlaki, expressed his belief that although film students may not land jobs in the film industry, studying film provides them “with a knowledge of the arts and a business savvy that will get them through lives that are bound to move in unexpected directions.” As with most undergraduate majors, competing in the job market depends on how well you put your coursework to use.

Want to get started with a college admissions consultant? Schedule a 20 minute discovery call with Marie today.

Enroll in the Beyond 18 e-Newsletter and Receive:

A periodic email newsletter presenting 3-4 articles with timely information on the admissions process. Each issue also has a featured section, "Focus on a Major," in which Marie highlights and discusses a different major. Sign up below: